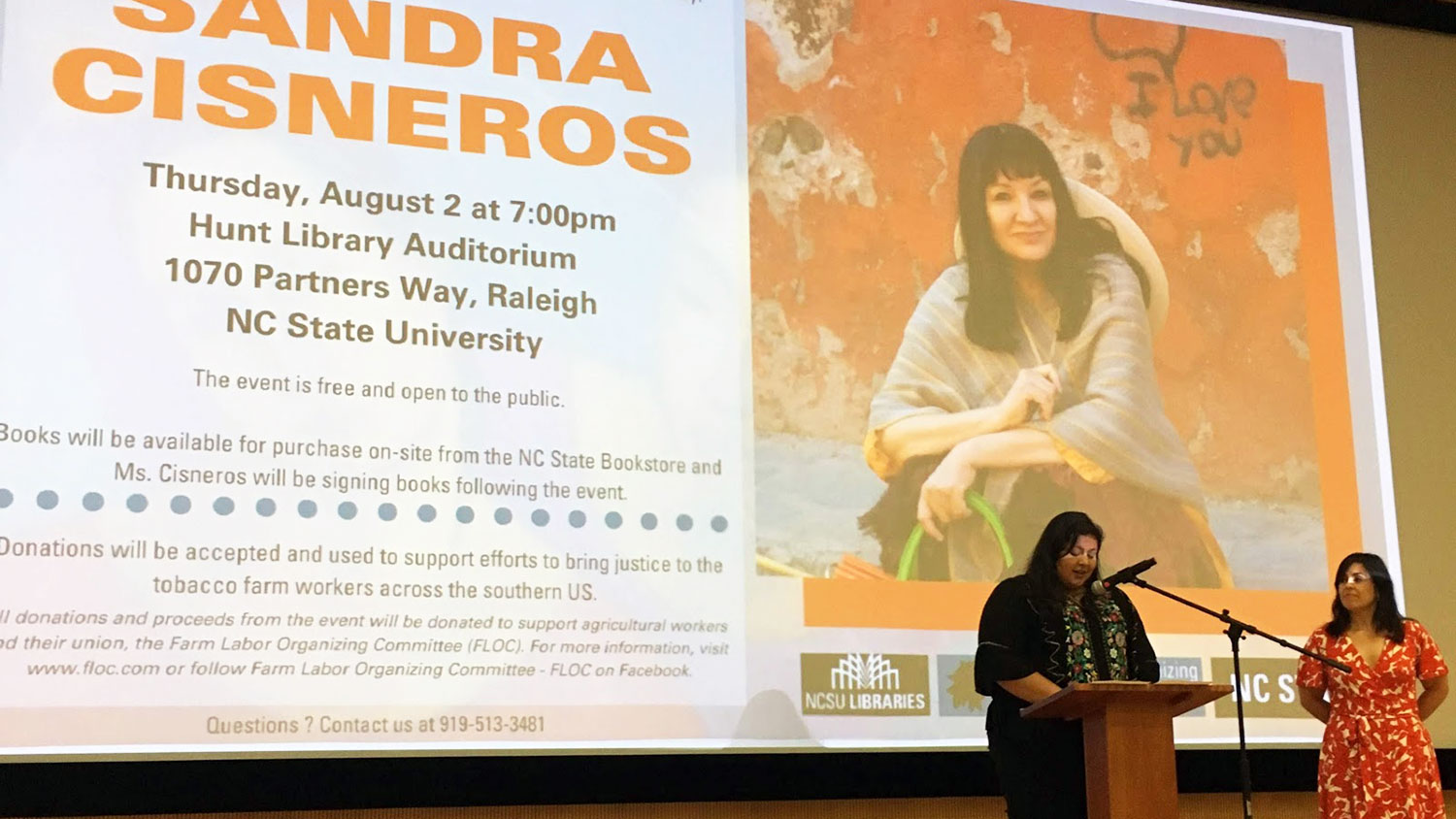 In collaboration with NCSU Libraries and the Farm Labor Organizing Committee (FLOC), Multicultural Student Affairs hosted renowned author Sandra Cisneros on August 2, 2018. Cisneros, a poet, short story writer, novelist and essayist, explores the lives of the working-class in her work. Her numerous awards include NEA Fellowships in both poetry and fiction, the Texas Medal of the Arts, a MacArthur Fellowship and several honorary doctorates and national and international book awards, including Chicago’s Fifth Star Award, the PEN Center USA Literary Award and the National Medal of the Arts, awarded to her by President Obama in 2016. Most recently, she received the Ford Foundation’s Art of Change Fellowship. Cisneros spoke in Hunt Library Auditorium to a full crowd of students, faculty, staff and many community members. The NC State Bookstore sold all 150 copies of Cisneros’ books to eager patrons before the event began. The author began the evening by recognizing the various Native American Tribes on whose land we now reside. She then shared stories, poems and prose from her wide catalogue, both in Spanish and English. As Cisneros spoke, she accompanied each piece with personal anecdotes and answered audience questions about experiences throughout her career. She wrapped up the evening by committing to meet each person in attendance and did not leave until everyone had an opportunity to get their books signed.

Cisneros has been a longtime supporter of farmworkers and their fight for fair working and living conditions in North Carolina and across the country. The speaking event and reading raised funds and built support for the Farm Labor Organizing Committee’s efforts to bring justice to the tobacco fields of North Carolina through organizing and an international boycott of Reynolds American’s e-cigarette, VUSE. Funds raised went to the Campaign for Migrant Worker Justice (CMWJ), a 501(c)(3) non-profit organization that has endorsed the boycott and will use the funds to support farmworkers in their efforts.