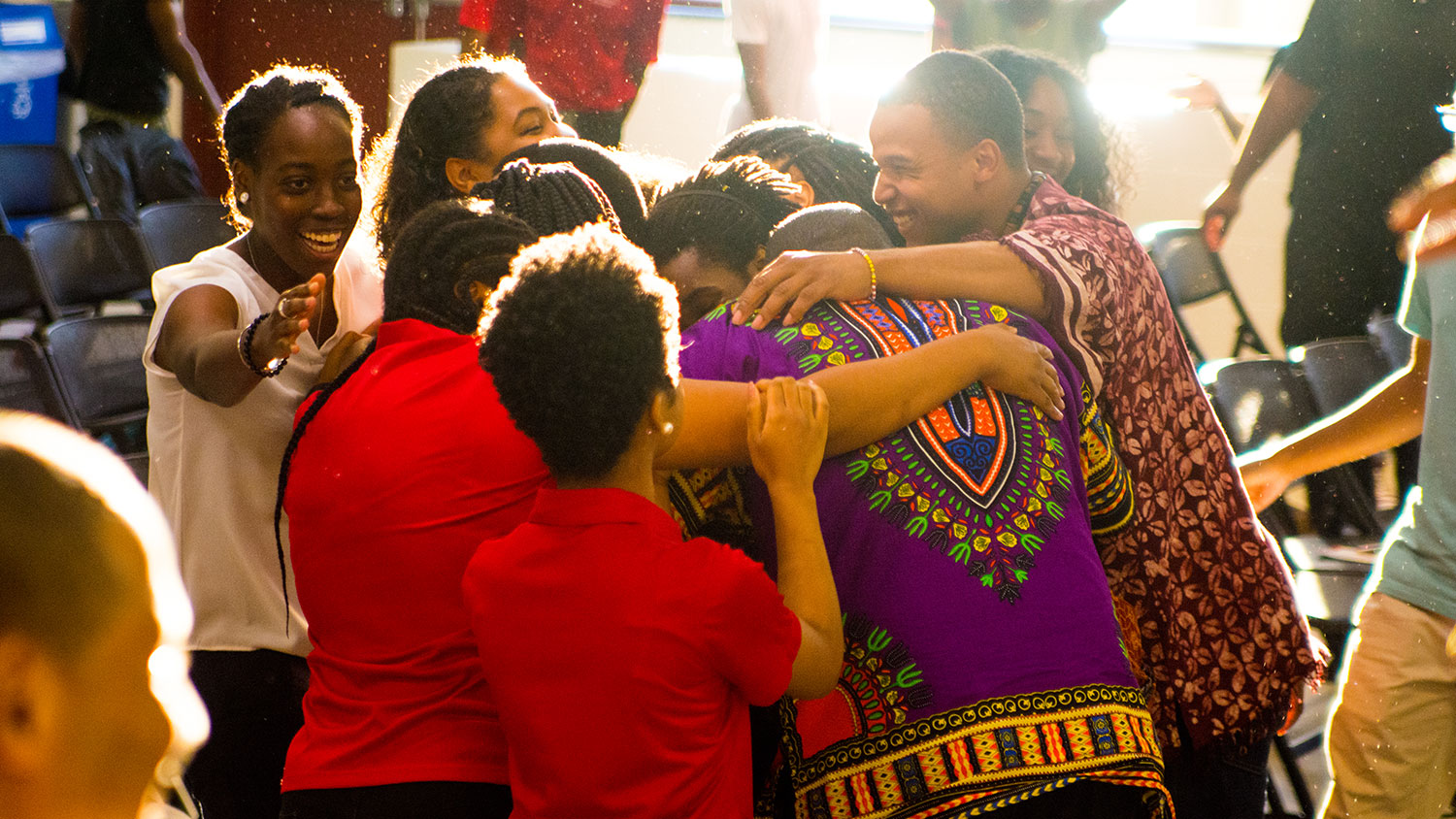 The Digest recently interviewed Erin Elliot and Chaniqua Simpson, graduate assistants in the African American Cultural Center. Learn more about them and their work. Erin Elliot is a 2016 graduate of UNC-Greensboro, where she earned a bachelor’s degree in human development and family studies. She is currently a graduate student in the educational psychology program, where she intends to research deficits in retention for minorities in higher education. In her current role as a graduate intern in the African American Cultural Center, she coordinates community outreach by planning programs such as Ujamaa Fridays and advises the center’s student organization, the AYA Ambassadors.

The AACC hosts a Black vendor fair on the fourth Friday of every month, called Ujamaa Fridays. Elliot contacts vendors that are Black-owned or whose products focus on Africa or the African diaspora. Ujamaa is the fourth principle of Kwanzaa, which focuses on economic empowerment.

Elliot believes that one of the biggest diversity issues we face is the misunderstanding of diversity itself. The intersectional aspect of diversity should always be considered because it surrounds identities such as sexuality and gender. “Not being aware of the differences and not pushing diversity on all of those fronts does students, faculty and staff a disservice,” she says.

Elliot defines diversity using the analogy of a tossed salad. Like diversity, a tossed salad is “supposed to have different pieces and those pieces are great on their own but when you combine them, they create something bigger. With diversity, it should be that instead of using the melting pot phrase, because that means everything merges together and becomes one. diversity, it is important to have different things stand on their own and still come together, because that’s when you learn the most about different cultures, backgrounds, where people come from.”

Diversity is important to the learning and professional environment, Elliot points out, because it allows an opportunity for interactions among different people of different identifications and allows learning opportunities.

Chaniqua Simpson is a doctoral candidate in the Department of Sociology and Anthropology. She received her bachelor’s and master’s degrees in sociology from Fayetteville State University and NC State, respectively. Her current work focuses on sexual politics in Black resistance movements. In her current role in the African American Cultural Center, she engages in marketing initiatives as well as programming to help foster relationships among the AACC, faculty, staff and students.

When asked how she defines diversity, Simpson says, “I often feel like diversity is a buzzword that people like to throw around without a lot of substance. That’s not to say diversity isn’t good; I think it can be good. But for me diversity without inclusion is just a buzzword. Diversity is a verb; it’s an action. It’s something that you actively do. It’s a group/institution/university stepping back and asking, ‘Who do we have at the table and why? Who do we need at the table and how do we get them? And how do we maintain the space at the table for them to speak?’ I think those are some starting questions for how to create diverse spaces, but we have to remember that simply allowing people to occupy space and “diversify” a space doesn’t necessarily mean anything, without active understanding, listening and engagement.”

Simpson would like to see NC State become more diverse in both student body and in faculty. She says, “Diversity in faculty and administration is especially important because it helps bring a more diverse student body, and usually it helps under-represented groups deal with their experiences in school.” In addition, she would like to see more intellectual diversity, bringing groups into the school with different ideas.

Simpson loves that there’s always something to do here. She says that as a graduate student, she has always been isolated from campus activities, but since becoming an intern at the AACC and working with other campus centers and programs, she has come to love being involved in the campus community. She also enjoys teaching Race and Ethnicity in the sociology department and interacting with young scholars.