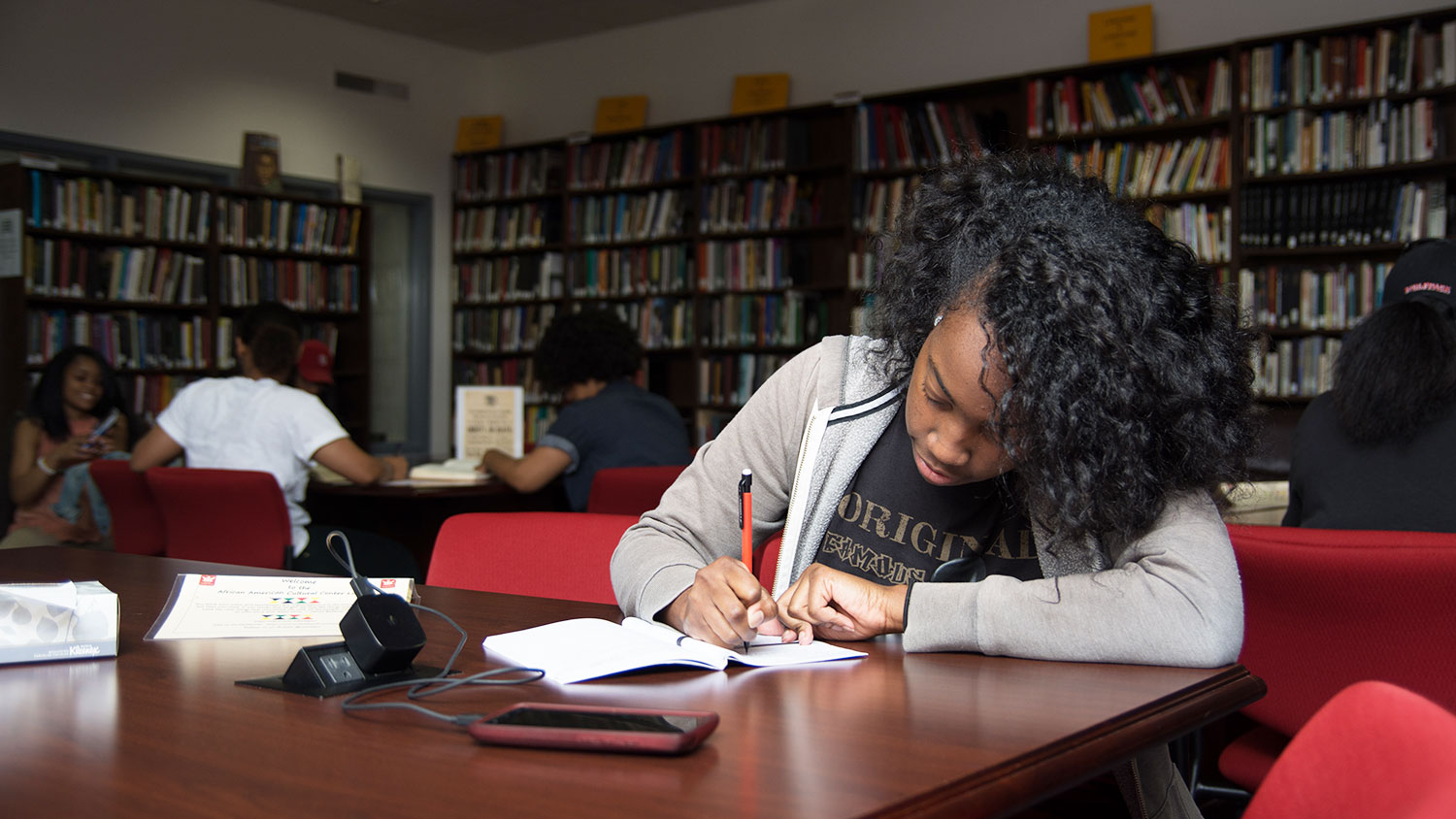 The Office for Institutional Equity and Diversity has announced that Moses T. Alexander Greene is the new director of NC State’s African American Cultural Center. Greene comes from St. Augustine’s University, where he served as chief communications officer and assistant professor of media and communications. He will join the AACC staff on Monday, May 15, 2017.

Greene comes to the position with 16 years of experience in cultural and performance arts management in academia, non-profit and government, as well as in media relations and special event coordination. In his position at St. Augustine’s, Greene was responsible for managing all university-wide strategic communications activities, including media relations, content creation and management, digital communications, social media and marketing.

In addition to teaching scholars how to attain proficiency in the historical, theoretical and critical examination of Black cinema and its intersections with race, class, gender and sociopolitical values, Greene also developed strategies to encourage student organizations to coordinate programming that explored social constructions of race and complex notions of African American identity, curated and managed a Black documentary and discussion series and created the university’s first course and study abroad experience to Paris, France to examine the contributions of African American artists, activists and scholars at the beginning of the 20th century.

In 2013, he was 1 of 20 educators nationwide to be named a Fellow of the Academy of Arts & Television Sciences (EMMY) Foundation, honored for a career serving in artistic and multimedia capacities for the 50th Anniversary of Freedom Summer Commemorative Conference, Dr. Martin Luther King, Jr. Memorial Dedication, ABC’s All My Children and The View, GRAMMY Salute to Gospel, Radio ONE’s coverage of the 2008 Election, and the Congressional Black Caucus Foundation Annual Legislative Weekend.

From 2005 through 2009, Greene served as a public information officer within the Executive Office of the Mayor of the District of Columbia and as the special events/public affairs officer for several Washington, D.C. government agencies. He also served concurrently as the Freedom of Information law officer/ethics advisor for four District of Columbia agencies. In 2010, Prince George’s County Public Schools contracted him as its strategic communications officer; later that year, he also served as a consultant with the communications office of the Maryland Department of Housing and Community Development, which resulted in the integration of several social media applications into its strategic communications plan.

Greene also serves as a commissioner on the City of Raleigh Arts Commission, board member of the African American Cultural Festival of Raleigh and Wake County and member of the Greater Raleigh Convention and Visitors Bureau’s Cultural Presenters Forum.

The African American Cultural Center (AACC) is one of four community centers within the Office for Institutional Equity and Diversity that report to Reggie Barnes, senior director of campus community centers.  For several months, center leaders have worked to clarify the scope of the centers and explore opportunities to strengthen their institutional impact. A priority has been to develop an intersectional programming model that will enable them to engage more students in more significant ways and to align their collective work more closely with institutional priorities. As part of that process, they have worked to build a strong community-based focus for the AACC that reflects the traditions upon which it was first founded in 1991.

The African American Cultural Center will:

“As we continue to celebrate the 25th anniversary of the African American Cultural Center, we knew we needed a creative and visionary director to lead the center through a period of growth and expansion. In addition to expanding its focus, we are also in the beginning stages of a huge renovation effort for the Witherspoon Student Center, which opened in 1990. We believe Moses will help the AACC build upon its rich tradition of fostering a strong sense of community for those who identify as members of the African diaspora at NC State and beyond. His diverse performing arts background, community connections and experience in communications and digital media made him the ideal candidate to lead the center.”