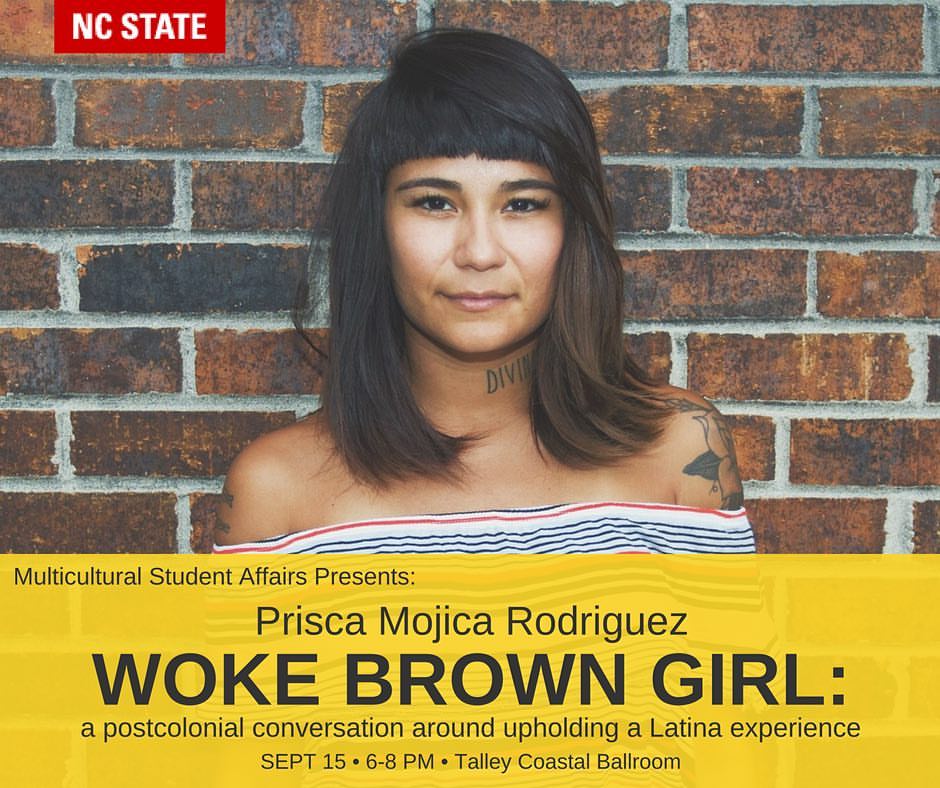 Multicultural Student Affairs will host Hispanic Heritage Month from September 15 – October 15, 2016. This year’s theme is “Celebrating Our Culture, Lighting the Future.” Prisca Mojica Rodriguez will kick off the month with a talk entitled “Woke Brown Girl: A Postcolonial Conversation About Upholding a Latina Experience.”

Rodriguez is the founder of Latina Rebels and has written for Huffington Post Latino Voices and Philadelphia Printworks. Please join us on September 15, 2016 at 6:00 p.m. in Talley Student Union, Piedmont Ballroom to both celebrate the month and cultivate our collective knowledge of issues and topics relevant to our Hispanic community.

In addition to the keynote speaker, we are excited to introduce some new events this year. Recognizing the commonalities of both Halloween and the precarious political climate America has found itself in, we will be hosting an event titled, “This Election is Scary: The Implications of this Political Season on the Brown and Black Community.” A panel of diverse staff, scholars and students will explore our presidential options this year and the potential effects of either candidacy on peoples of color. There will be voter registration forms for audience members to complete to vote in the upcoming elections. This event will be hosted in Witherspoon Student Center, Room 126 on October 13, 2016 at 7:30 p.m.

Along with introducing new events, we are continuing the tradition of some of our signature programs and partnerships, one being “A Taste of Latin America” hosted on October 13, 2016 in Fountain Dining Hall in conjunction with University Dining for a meal themed around Latin American cuisine and a performance by Sube Ritmo. Also returning is Salsabor, an event that recognizes and honors the richness of Latin music and dance, which will be hosted on September 24, 2016 at 6:00 p.m. in Talley Student Union, Piedmont Ballroom.

We look forward to the entire campus community coming out to the programs hosted during this month. See the full calendar of events at: go.ncsu.edu/hhm.