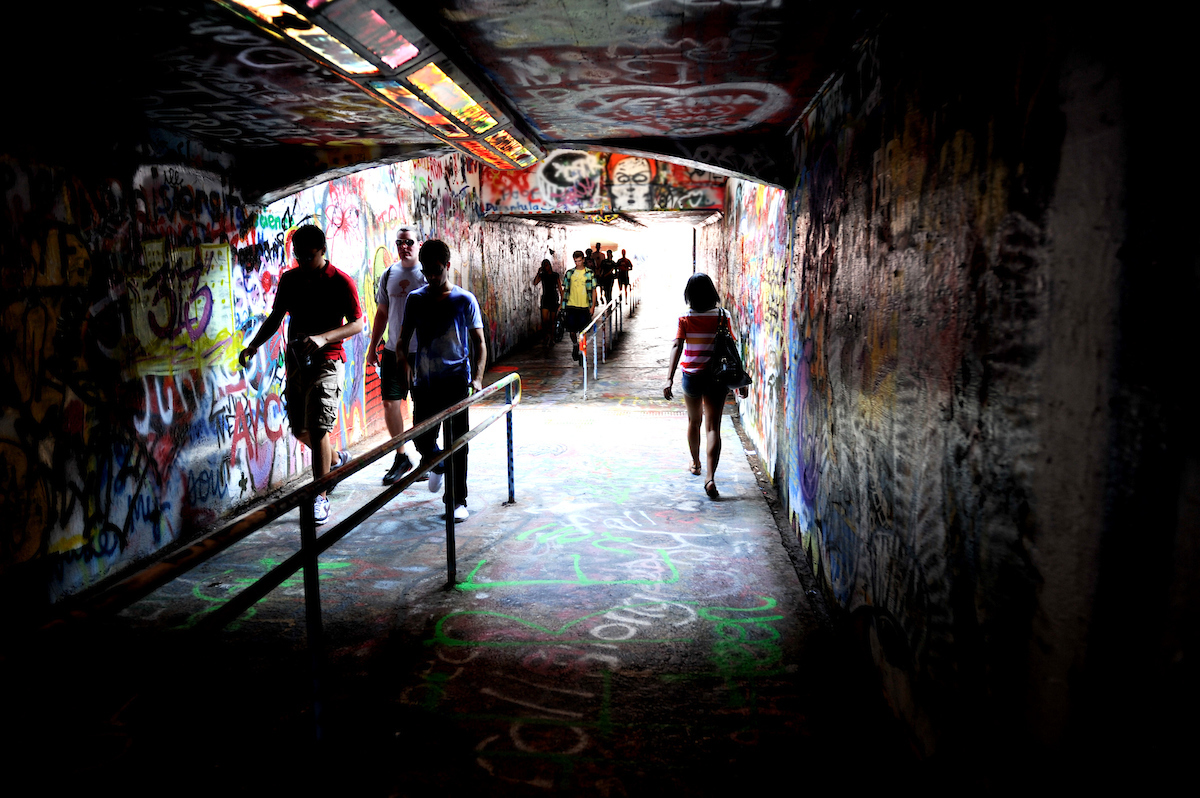 In August 2006, a group of young African American lesbian women was walking in New York City’s West Village when they were sexually harassed by an aggressive older man. As the man continued to harass the women he became confrontational when he realized that they were gay. With the help of onlookers, the women defended themselves against their attacker but were later arrested by police and charged with assault and attempted murder.

In the complexities of race, gender and sexuality, three of the women pled guilty but four continued to claim their innocence. Known by activists as “The New Jersey 4,” the media portrayed them as a “gang” that provoked the attack on a man who was “complimenting” them.

Out in the Night, a film by Blair Dorosh-Walther, is a documentary about the women that has won numerous awards, was featured on the 28th season of POV on PBS and has been screened at 100 film festivals and universities. Recognized by Alternet as “one of the 12 best and most powerful documentaries of 2014,” Out in the Night was also called one of the “10 best LGBT documentaries” by the Advocate.

Join the GLBT Center for a screening of Out in the Night on Thursday, February 18, 2016 at 6:00 p.m. in Talley 3222. The screening is free and light refreshments will be provided. A discussion will follow the screening.