Join us for the AACC Book Club! Members will engage in autonomous reading, join a virtual message board, and have a final conversation over Zoom about the book selection. Members will receive weekly reading checkpoints and reflection questions on Tuesdays through the virtual message board to help guide their reading. This book club is limited to 20 participants, so please register below if you are interested! If the number of registrants exceeds the club’s capacity, then you will be contacted and informed about any future book club openings.

Book Distribution
For each book selection, there will be a limited number of physical copies available for NCSU faculty, staff, and students on a first come, first serve basis. Student requests will be prioritized to best meet the needs of the community. If you are interested in receiving a physical copy of the reading, please indicate this on your registration form. These copies will be available for scheduled pickup from the AACC Library, or will be mailed out to you based on your personal preference.

The AACC will not provide physical copies of the reading to those who register after the last copy is reserved, and/or those who do not meet the criteria to receive a physical copy. If you are unable to purchase or obtain a copy of the reading on your own, please contact the AACC Library (aacclibrary2@ncsu.edu) to discuss your options. 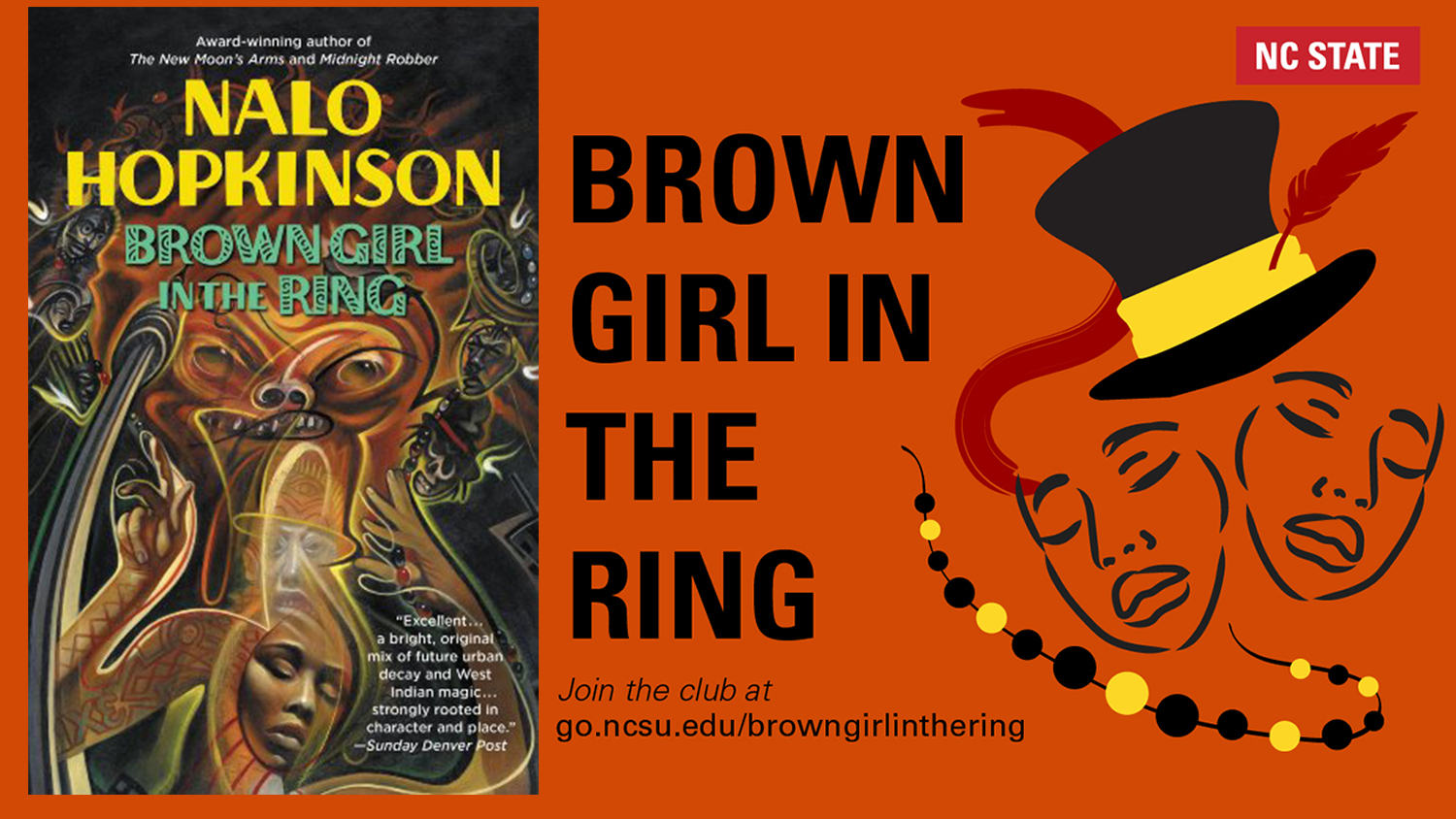 Brown Girl in the Ring by Nalo Hopkinson

In a dystopian future, Ti-Jeanne, a young, Caribbean-Canadian woman, must rely on her family's magical traditions for survival in the crumbling city of Toronto. The privileged upper class have fled the city and barricaded the lower class inside, leaving them to fend for themselves. Over time, the inner city residents have rediscovered the old ways of living, but they live in fear now that the upper class has begun snatching people from the streets to serve their own dark purposes. In this novel, Hopkinson tells a story that is not only full of ancestral magic, but one full of socio-political relevance and thought-provoking conflict.

The first AACC Book Club meeting will be held on October 20th at 4:00 pm. This meeting is for registrants that have committed to participate in the book club. It will be separated into two different sessions:

The information session will give club members the opportunity to learn about the structure of the AACC Book Club, how they can participate in a virtual reading community, and how we will discuss this story’s relevance to contemporary issues. The meet and greet session will give members the chance to get to know each other before we begin reading.

Contact Information
If you have any questions, please contact the AACC Library by phone at (919) 515-1397 or via email at aacclibrary2@ncsu.edu.